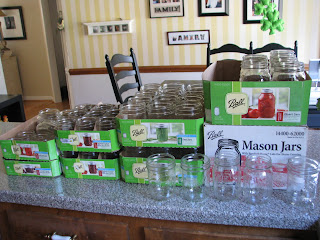 Took the time to clean up a bit on the canning shelves this morning. Lots of moving jars around, consolidating jars into boxes and a bit of inventorying what we have left. Looks like we have gone though about 1/3 of what we put up. I am good with that as we are still a few month's away from getting anything from the garden. We will have plenty of everything until it's time to start again. There are a few things I won't waste my time on this year, radish relish is one, it tastes pretty good but we don't like it well enough to spend time working on it. I have been adding it to chili, taco's and anything else that could use a little extra kick. Watermelon jelly was a pain in the butt and not worth fooling with, put it all down the drain today, we did put some over ice cream a few times, just seemed like an odd taste to me. We will continue can tomatoes in quarts but I need to do pints as well, lots of the recipes I use only need 2 cups of crushed tomatoes so I am left with 1/2 jar of tomatoes I have to use up pretty fast. Sweet cherries were dirt cheap last year I canned and froze enough for a dozen families. We may be eating the suckers for years to come. Na, bad idea, I just need to find more recipes to use them up, they are really to sweet to use for cobblers or pies. Pickled asparagus is another place I will cut back, we do like it but I over did it, gonna end up sharing the love so to speak. My girlfriends will be running away from me over pickled asparagus soon. On to the spending.

I might have found a great cost cutting trick, keep your butt at home!! I wouldn't suggest spending your time at home hugging the toilet as I did last week, but staying at home works! The kids ended up having to drop and pick Karsyn up some last week, I was just to sick to be behind the wheel, saved me a few bucks on gas but the savings were not worth the illness!!! Also found I was overcharged on the cell phone bill, they charged us $29.90 for 411 calls, didn't happen! I don't use my cell phone, it stays in my car for emergencies and convenience only. Took more time than I wanted to spend on the phone but I got the charges off, watch the detail ladies!! Received a refund check from the insurance company for prescription drugs for $167.00, yepeee, a little at a time I will pay myself back for the sewing machine.
Groceries $.00
Gas $44.72, up from $3.36 last week to $3.44 this week
Carry out $10.00
$145.00 saved, went right to the saving account!!
Posted by Debby at 7:07 PM 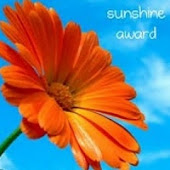 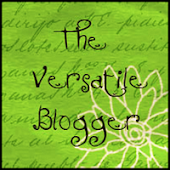